Sunday, May 6:  Here are this week’s life questions from Cee.

Which do you prefer sweet or salty?  Or both at the same time?  Almost always, I prefer salty.  Especially cheese. With crackers. And salty fish. And nuts.  This is my downfall when it comes to keeping my weight under control!! 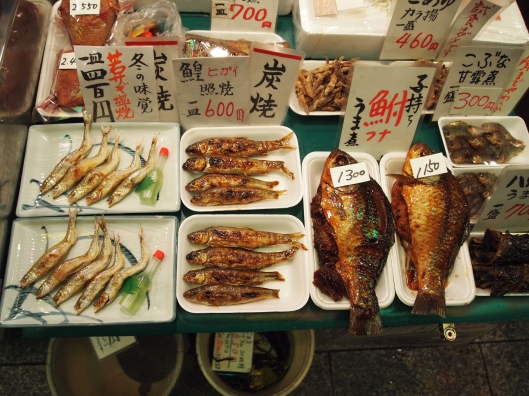 Fish, one of many salty foods I love!!

Have you finished/started anything new or creative?  Luckily this question doesn’t set a time parameter like “recently.”  I started and finished a 480-page novel during a one-and-a-half-year period from 2003-2004; this is most definitely not recent.  This is the first draft, start to finish. It needs to be revised and cut by about 130 pages!  But at least I did it, 2-3 pages a day, 5 days a week. Till the end.

Here’s a synopsis, written in the form of a letter to an imaginary editor:

My first novel, tentatively titled Black Holes & Labyrinths, explores the way that yearning and grief rearrange people’s lives. The story is told from the viewpoints of four 30-something characters in tangled relationships who struggle to find happiness and meaning in a world full of uncertainty and turmoil.  The novel takes place in Washington, D.C. during the stressful period following the sniper attacks and the lead-up to the Iraq war in 2002-2003.

Ian loses both of his parents in a tragic accident and comes to inhabit their world, and his abandoned adolescent life, in his grief. Taking up residence in his parents’ home, his old passion for astronomy is reignited. He explores his reawakened attraction to his old girlfriend, Lucie, who is now married to Ahmed, an Egyptian Muslim haunted by demons.

Lucie works at a suicide hotline.  She is lonely and fearful, and tries, despite obstacles she places in her own path, to find courage and love.  Ahmed, who reads a medical encyclopedia to improve his English, is convinced an insidious disease will kill him because of a horrific act he committed in his past.  He tries to accommodate Lucie in her friendship with Ian, only to have the relationship become something more than he ever bargained for.

Audrey is torn between a calling to serve God and her earthly desires.  Her son Peter is a troubled divorce survivor who struggles to come to grips with his own identity.  She loves labyrinths, church history and architecture, but she also loves men.  She struggles to come to grips with her growing feelings for Ian, her ambivalence about motherhood, and her yearnings to connect with God.

How do you want to be remembered?  I hope I can inspire people with my adventurous spirit!

I doubt this person is unlovable but somehow she believes she is….

Name one thing you wish you could change about yourself.
I would change the fact that deep in my core, I feel I am unlovable.  My friend Christian, while he was here in Oman, hit on this during a Tarot reading, and I knew the truth of it when I heard it.  It wasn’t something I consciously recognized.  I don’t know why I feel this way, but I know I do and I can’t seem to change it.  This belief makes relationships painful because I can never really believe the other person loves me.  This is probably why I am alone.